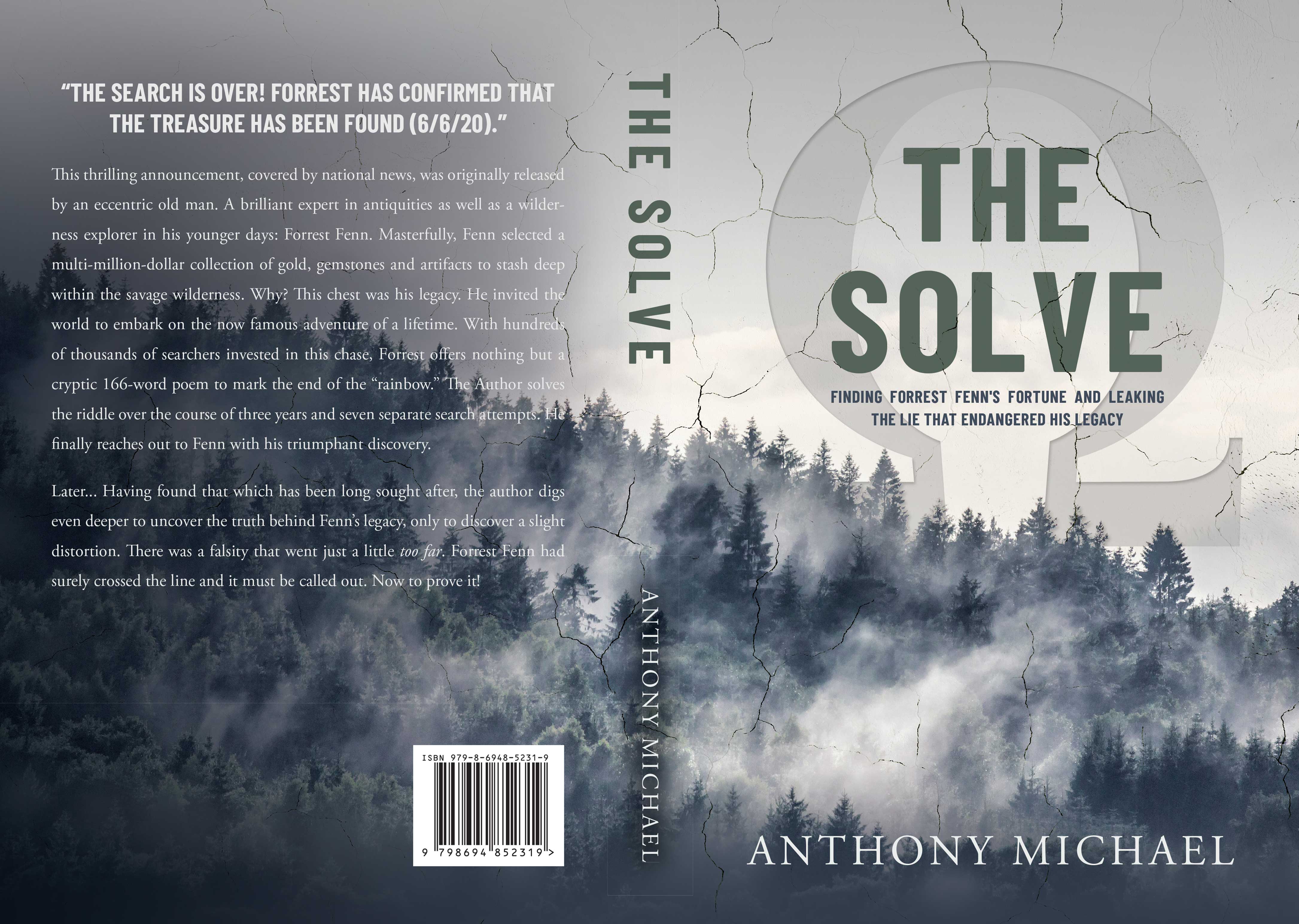 I do realize several books on the topic of Fenn's Treasure have already been published. This is a documentation of my adventures searching for Fenn's chest. It's 232 pages and 72,000 words. Note, I never claimed to have found the chest. . . since it was likely found on private land, that would be stealing.

Over the years, I've seen some compelling solves. Some are creative and some are downright bad. Either way, I think it's fair to say most of us had fun playing the game.

I suppose it's also fair to say, most of us are disappointed by how Fenn's game came to an end.

The truth is, Fenn did lie. His lie complicated my position, but I figured out a way. There were several options to prove it, but providing The Solve was always the most elegant. What better than to go out with the final card? It was the same card my opponent held and refused to play. So the final answer must be revealed, and my story would be told.

On May 28, 2020, just nine days before the announcement about the chest being found, I walked into the UPS store and mailed Forrest Fenn a package. My letter contained a map—not my map, but the map. It was his map, The Solve. I sent Fenn a map and a four-sentence letter thanking him for the adventure of a lifetime. According to my shipping label, the contents of my package also included rock. Not just any rock—It was a specific item that I had carefully chosen to enlighten Fenn to my right-thinking and my willingness to prove it. It was an unmistakable artifact that Fenn would easily identify.

The USPS tracking code has long since expired, but the Shipment ID: MMN870SK8S1Q3 can still be verified at: